← Shiny New Instructors
SAVE OUR SHARKS! → 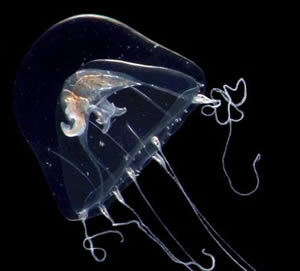 LONDON, England – There are more than one million different types of creatures living in the world’s oceans today, according to a newly-released, decade-long effort to record marine life species around the world.

The Census of Marine Life, which was an international effort began that in the year 2000 and was officially completed on Monday, featured more than 2,700 experts, from over 80 different countries and territories, representing 670 different institutions.

“We prevailed over early doubts that a Census was possible, as well as daunting extremes of nature,” Dr. Ian Poiner, chair of the Census Steering Committee, said in a statement. “This cooperative international 21st century voyage has systematically defined for the first time both the known and the vast unknown, unexplored ocean.”

The researchers completed more than 540 expeditions and spent roughly 9,000 days at sea in order to formulate the world’s first, comprehensive catalog of aquatic lifeforms. According to the Associated Press (AP), they successfully counted and validated a total of 201,206 different species, though the scientists who participated in the $650-plus million dollar project believe there are far more marine creatures out there yet to be officially recognized.

“All surface life depends on life inside and beneath the oceans. Sea life provides half of our oxygen and a lot of our food and regulates climate. We are all citizens of the sea. And while much remains unknown, including at least 750,000 undiscovered species and their roles, we are better acquainted now with our fellow travelers and their vast habitat on this globe,” said Poiner.

According to the Census findings, more than 16,000 new species have been discovered since the start of the cataloging effort in 2000, including 1,200 new species collected and described by participating scientists over the past 10 years and over 5,000 others that were collected during the Census but have yet to be described. In a press release, Census officials estimate that between 100 and 150 new fish species were encountered every year, and an estimated 5,000 others have yet to be discovered. They also estimate that there could be over one billion types of marine microbes in the world.

“The Census enlarged the known world,” said Myriam Sibuet, Vice-Chair of the Census Scientific Steering Committee. “Life astonished us everywhere we looked. In the deep sea we found luxuriant communities despite extreme conditions. The discoveries of new species and habitats both advanced science and inspired artists with their extraordinary beauty. Some newly discovered marine species have even entered popular culture, like the yeti crab painted on skateboards.”

Starting on Monday, over 300 key members of the Census are scheduled to participate in a three-day meeting at the Royal Institution of Great Britain, the Royal Society, and Natural History Museum in London to discuss and share their discoveries. A second Census will also be discussed during this week’s meeting, as well as during next fall’s World Conference on Marine Biodiversity in Scotland.

“The Census united scientists from more than 80 nations with different talents, equipment, and interests,” Paul Snelgrove, who led the assembly and report of the Census results, said in a statement on Monday. “It matched the immensity and complexity of ocean life with a human enterprise able to grasp it. The understanding and well-being of marine life may well depend on continued unity of international science.”

Posted on October 6, 2010, in Uncategorized. Bookmark the permalink. Leave a comment.

← Shiny New Instructors
SAVE OUR SHARKS! →